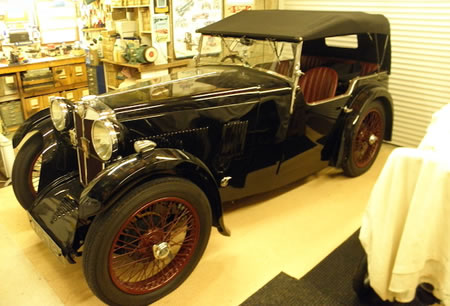 Drive it Day back in April turned out to be a bit unfortunate in that, despite having two D types here, we’d arranged to go in the MGA but realised all of a sudden, the night before, that the MOT had run out some months previously and ended up going in the ‘modern’- but at least it was an MG! If you have any pictures of a yours or another D on a Drive it Day run I would be pleased to see them.

As I write this in the middle of May it seems summer may have arrived, certainly we’ve had some super weather which we’ve not been used to at least in the UK of late! Let’s hope it continues and we have a dry Silverstone at MG Live! On the 2nd and 3rd June. All being well the display vehicle in The Triple M Register marquee will be D0464 for both days. I shall be on hand for the usual Triple M get together at 12 noon, each day, with the cars, which are usually adjacent or near to the marquee.

I posted this picture of D0464 on our Facebook page stating its attendance at Silverstone this year. It is known in our family as ‘The American D’ for reasons explained on the display board with the car. Hope to see you there, do come and say hello!

The next major event – certainly for the D Group! – is PreWar Prescott on 21st July this year. At the time of writing only 3 Ds are on the entry list so just download the entry form on the PreWar Prescott website and get going!

We plan to have our own D Group marquee in the Paddock as usual and another of our own rally plaques (let me know if you’d like one – those attending get one anyway!) – so do come and say hello there to! If your D is not yet running there is plenty of space for parking your modern car to visit and spectate. The facilities there are first class now with food and drinks being served all day. 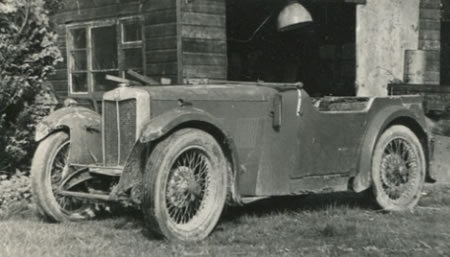 Another picture posted on our Facebook some weeks back was another early black and white one from, we think, 1961.

Clearly a D Type but which one! Unfortunately, we have no other details – so if it rings a bell with anyone do let me know!

Another D nearing completion is Vincent Dransart’s D0456 in France (see website for ‘as bought picture) This picture shows the primer coat just finished but I understand the top coat has gone on now! 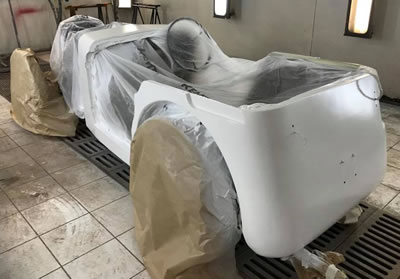 John Emmett’s piece on climbing hills in a D – see last issue, Dispatch 58 – prompted some response and I had an interesting email from Mike Allison no less about pre-war hill testing and I quote: “In the 1920’s, there was in fact, a rule set by the government to manufacturers that any car offered for sale had to climb the steepest hill in Great Britain, and restart on the steepest part. This I was told by Cecil Cousins originally. This meant, in effect, the Hardknott/Wrynose Pass in the Lake District, which at the time was the steepest hill used, although at the time not sealed. Apparently, all new models trekked there to prove it was possible in that car! This was confirmed by Reg Jackson, whose job it was at MG. I have driven it several times in modern cars, and it is now a fairly easy climb, although it is a challenge for incompetents who don’t use the gearbox wisely. I would expect it to be very challenging in an M or D, but you are quite right, it’s what bottom gear is for! In the sixties I tackled it in a current Morris Oxford and had to use 1st!”

Another item in the last Dispatch which prompted some response was the picture of Doug Woollard’s D0431, in particular the remote control visible in the cockpit shot. Peter Chapman (D0295) was thought to be the only D with the Moss/Silent Third 4 speed box but obviously D0431 has one to. We’re fairly sure (thanks to Sam Christie!) that the four speed gearbox option offered by the factory were of ENV manufacture. but interestingly Peter points out that on page 23 of the Brooklands book: ‘MG Cars in the Thirties’ that the first C Type, pictured less it’s body, clearly shows a 4 speed Moss/Silent Third box in place! Maybe this was before ENV production got underway but all subsequent production C Types had ENV boxes?

This picture shows the Moss/Silent Third box – this from an ebay sale some time ago and apparently the first motion shaft was missing. Conversely a D owner has a Moss box but no remote! Has anyone got one lurking under their bench not knowing what it fits?? Please let me know!

This picture is from the Derrington advert from the period and clearly shows the box and proves its after-market pedigree.

Some years ago now, Bill did a table up from the chassis files for D Types at Kimber House showing those recorded having had 4 speed boxes fitted at build stage or subsequently changed by the works. Notably neither D0295 or D0431 are on this list, again pointing to an aftermarket fitment?
I reproduce the table here and it may need updating or at least checking but comments welcome!

Looks like Doug has a couple of useful helpers there and those 12 inch brake drums look interesting – as does the remote gear change in the cockpit. We await further details with interest!

Surprisingly I still have one left of the original D Type Instruction manuals advertised in Dispatch 58, let me know if of interest. Does anyone have a spare fuel tank they don’t want? Let me know if you have and don’t forget to search your garage for Moss/Silent Third gearbox remote! 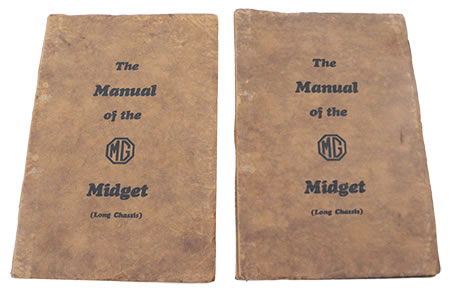 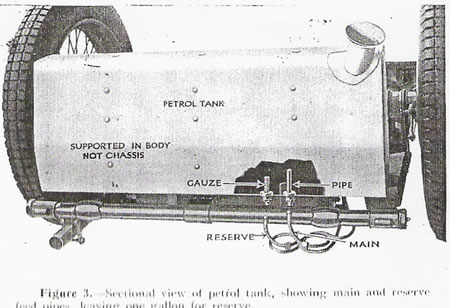